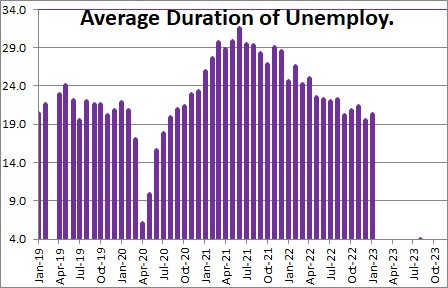 The average duration of unemployment rose 0.9 week in January to 20.4 weeks after having declined 1.9 weeks in December  Its current level if roughly where it was prior to the recession in early 2020.  After declining slowly for more than one year, it has flattened out in the past couple months.