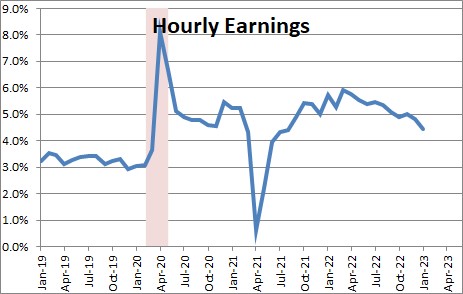 Average  hourly earnings rose 0.3% in January to $33.03 after having risen 0.2% December and 0.4% in November  Despite higher inflation and higher interest rates firms across-the-board continue to scramble to find additional bodies. However, the prospect of a recession sometime in the not-too-far-distant future is making them behave just a bit more cautiously.  Earnings growth has slowed slightly from 5.5% earlier in the middle of  year to 4.4% currently.. 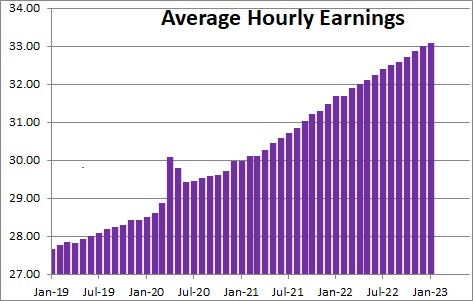 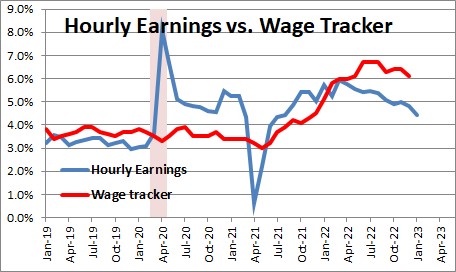 But the problem is that while nominal earnings have risen 4.4%, inflation has risen even faster and real or inflation-adjusted earnings have declined 1.5% in that same period of time.  Workers have noticed that their real earnings have declined which is going to keep the pressure on employers for even large wage gains in the months ahead.  However, faced with the prospect of softer demand down the road, employers are being cautious.  As long as that is the case, real wages will keep falling which will eventually cause consumers to curtail their spending. 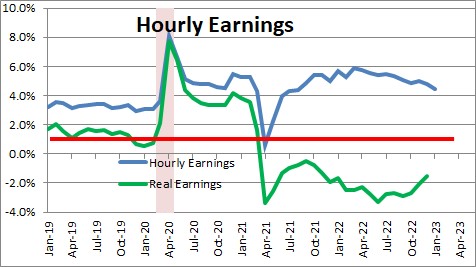 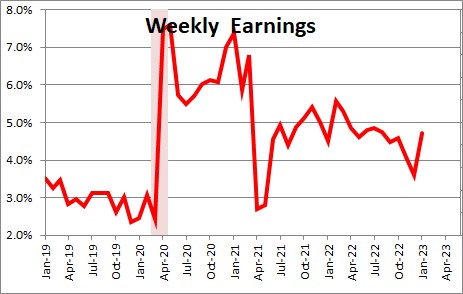