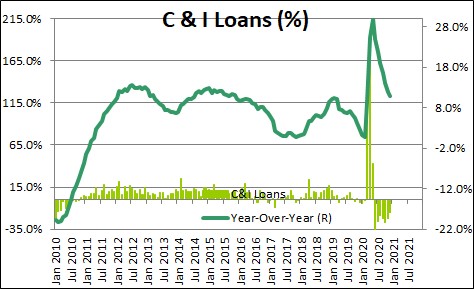 Meanwhile, consumer loans plunged at a 40% annual rate in April and another 23% in May (the purple bars) as the economy stopped dead in its tracks following the imposition of very restrictive measures to combat the spread of the corona virus  Data from the Consumer Financial Protection Bureau showed that auto loan inquires dropped by 52% in March as auto dealerships closed down.  That is probably the biggest cause of the April and May declines in the consumer loan category.  Consumer loans have been growing slowly every month since.

As a result, total loan growth grew at annual rates of 41% and 42% in March and April.  they have been declining slowly since then as much of the corporate borrowing has declined. 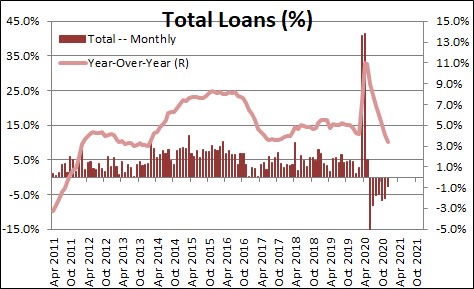