Do Not Even Think About a Nationwide Quarantine

As the corona virus begins to spread more rapidly, the stock market is fretting about the possible re-imposition of a nationwide quarantine like what France and Germany just did.  That would be a disastrous policy choice.  A second quarantine would cause the stock market to swoon, trigger a second recession within a year, and exacerbate the pain on those who can least afford it – low income wage earners, blacks, women, and Latinos.  The economic cost would be devastating.  There are other available options to slow the spread of the virus until help arrives in the form of a vaccine which is, presumably, only two months away.

We believe that a quarantine was warranted in March. China had considerable success with a quarantine and it was widely believed to be the correct policy prescription.  The Europeans were trying to emulate the success of the Chinese.  The American public was begging our leaders to adopt a similar tactic.  The lack of forceful action by policy makers in late February triggered a precipitous 32% drop in the stock market.  Any further delay could well have pushed the economy to the brink of a 1930’s type depression.  Like it or not, policy makers were forced to respond. So, in mid-March, Trump and most state governors imposed a two-month lockdown.  It was the right (and perhaps only) viable option at the time. But it had disastrous consequences.

It caused the biggest single-quarter drop in GDP in our history.  Twenty-two million people lost their jobs.  And while implemented with the best of intentions, the recession hit hardest the segment of society that could least afford it – low income workers, blacks, women, Latinos.  These people worked in restaurants, bars, hotels, and retail stores which were forced to close.  Worst of all, the quarantine did not stop the spread of the virus for long.

We believe that policy makers knew a quarantine would push the economy into a deep recession, which is why they passed the largest fiscal stimulus bill in our history.  The idea was to restore income for people who lost their jobs, and buy nine months of time until a virus became available.

So now the virus is once again beginning to spread more rapidly.    The press always cites the number of new cases which has clearly picked up.  But cases can rise simply because we are testing people more extensively.  The more people we test, the more positive cases we will find. 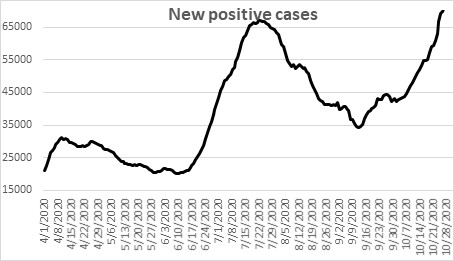 In our view, we should be focusing on the percent of those new positive cases that are positive.   That number has edged up from 4.5% in early October to 6.2%, which suggests that the pickup, thus far, is relatively modest. 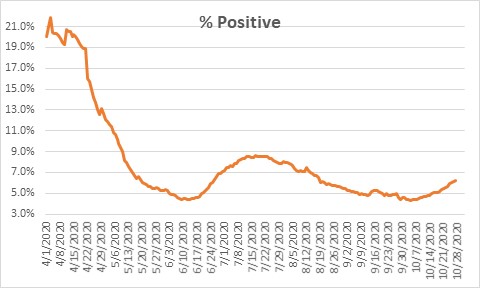 At the same time, the number of daily deaths has been quite steady.  Our doctors and nurses have found ways to prevent seriously ill COVID-19 patients from dying by using various therapies like Remdesivir and Hydroxychloroquine. 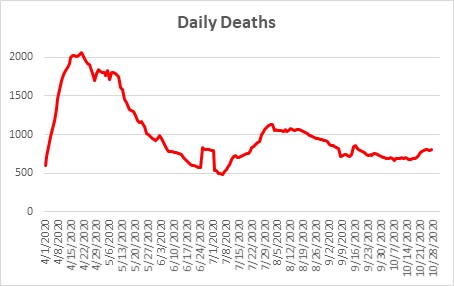 What should we do now to slow the spread of the virus?

A nationwide quarantine may have been warranted in March, but it is not the right policy prescription now.  The economic situation is completely different.  The stock market in March had fallen 32%.  Today it is within 5% of a record high level. 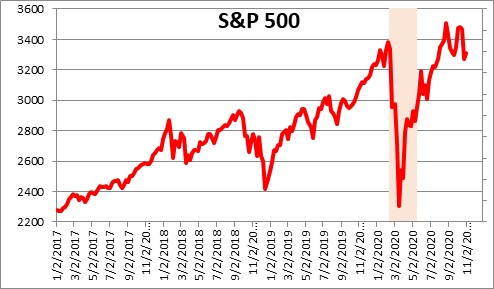 In March, the economy was on its way to a 31% GDP drop in the second quarter.  But GDP growth rebounded by 33% in the third quarter. 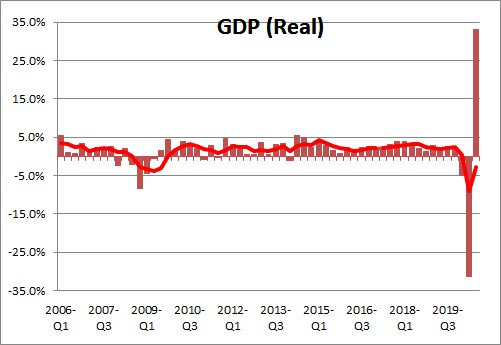 The combination of the recession and the stimulus package boosted the fiscal 2020 budget deficit from an expected $1.0 trillion to a record-breaking $3.1 trillion.  A second quarantine would undoubtedly require additional government spending and further widen the projected deficits. 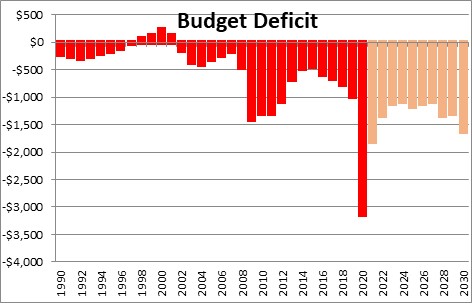 A quarantine was the right policy prescription in March.  We thought it could work.  And we needed to buy nine months of time until a vaccine became available.  But now yearend is only two months away.

A better solution today would be to renew our effort to protect those most vulnerable.  Eighty percent of the corona virus deaths are amongst people over the age of 65.  Develop contingency plans for hospitals in corona virus hot spots to ensure that hospital facilities are not overrun.  Transfer non-corona virus patients to other hospitals so that COVID-19 patients can be isolated in one place.   Ensure that an early vaccine does not get bogged down in unnecessary bureaucratic red tape.  Finally, have federal, state, and local officials set a good example — wear masks, practice social distancing, and eliminate large public gatherings.  We can curtail the rapid spread of the virus for the next two months without inflicting undue damage on the economy.  Help in the form of a vaccine is imminent.  Once that occurs a sustainable expansion will be in place.