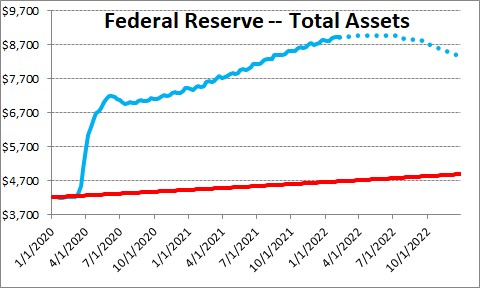 Its holdings of U.S. Treasury securities are 64% of the total, mortgages 30%, and other assets including U.S. agency securities and the  paycheck protection program are the remaining 6%.