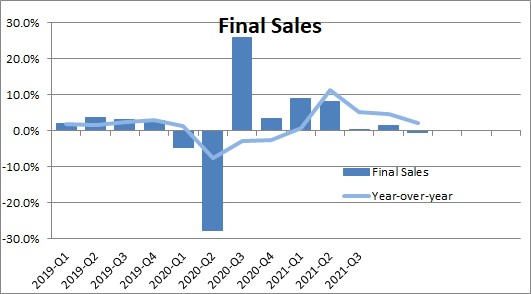 When the economy is slowing down, firms will accumulate unwanted inventories.   Those inventories still show up in GDP, but they are unsold.  Hence, GDP will be biased upwards.  Similarly, in good times businesses will reduce inventory levels to satisfy demand.  In this case, GDP growth will be understated.