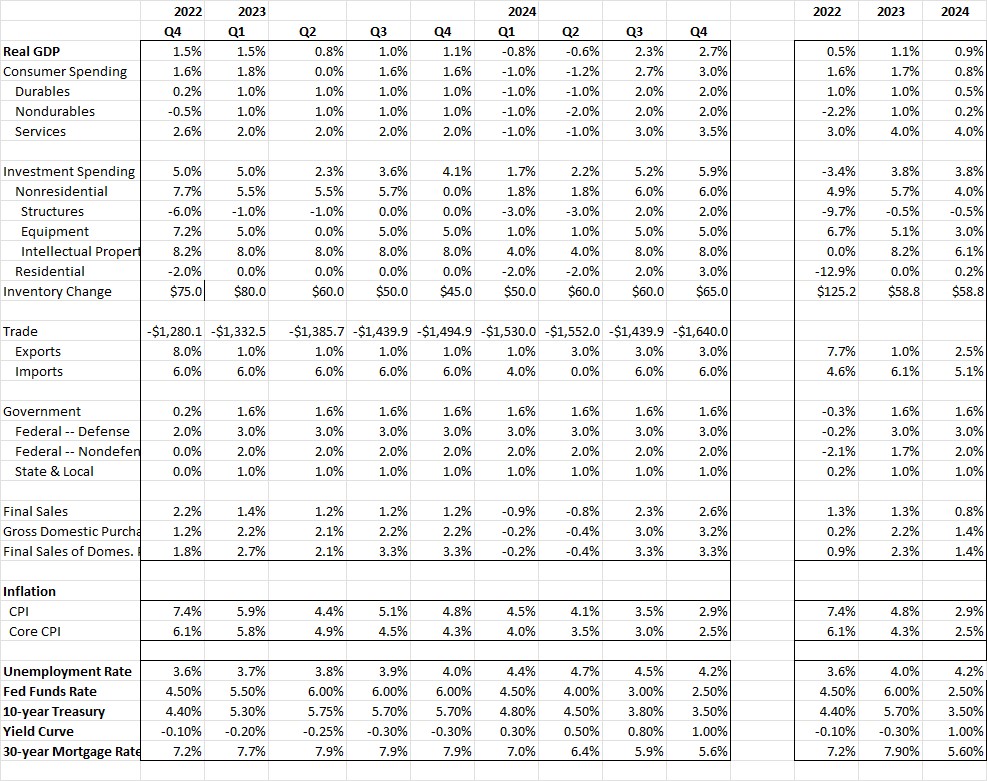 GDP growth rose 2.6% in the third quarter after having contracted in the second quarter by 0.6% and having fallen by 1.6% in the first quarter. We expect GDP growth to be between 1.0-1.5% through the end of the next year even though the Fed continues to push rates higher because the economy continues to create jobs, wages keep rising, and real interest rates will remain negative through midyear.. 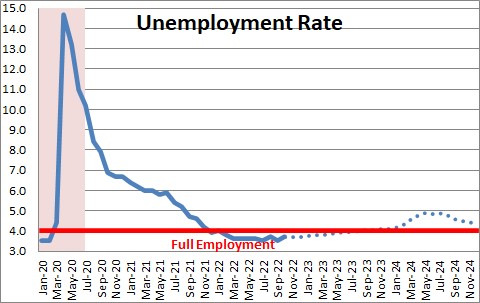 Given the rapid increase in money supply growth, the core CPI inflation rate rose 5.5% in 2021.  It now seems likely that the core CPI will rise 6.1% in 2022.  But with money supply growth having slowed sharply some of the excess liquidity in the economy should be eliminated by the end of 2023.  We expect this core inflation measure to slow to 4.3% in 2023.  Slower, but still not even close to the Fed’s 2.0% objective.  Once the economy enters recession in the first quarter of 2024 the inflation rate should subside quickly and dip to 2.5% by the end of that year. 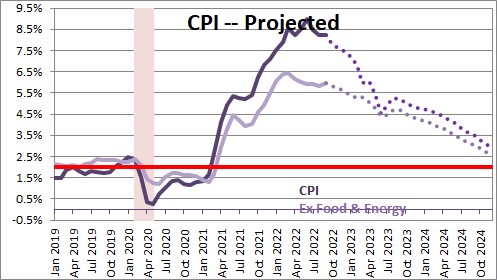 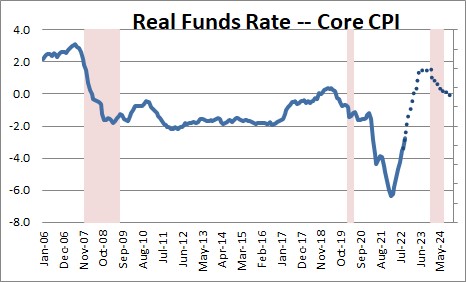