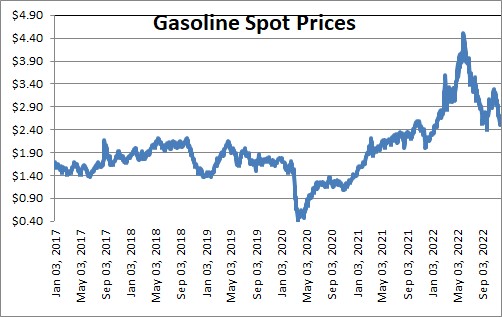 Crude prices fell $3 in the week ending November 28 to $77 per barrel.   It appears that the markets are expecting a U.S. and/or global recession to begin soon which would reduce the demand for oil.  . 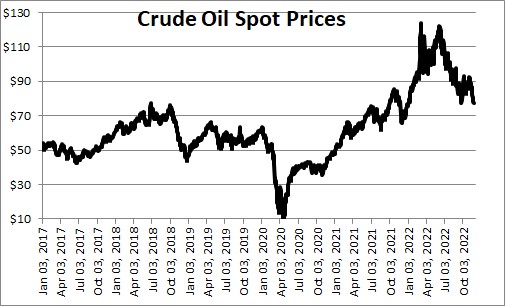 Once the recession ended in April 2020 the demand for oil exceeded supply for the rest of 2021 as the global economy gathered steam.  Both U.S. and OPEC have been increasing,  and now supply and demand are reasonably in balance globally and is expected to remain roughly in balance through the end of next year.                               . 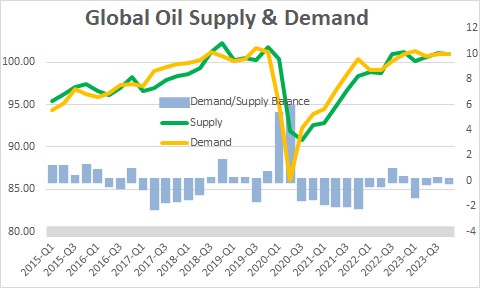 Since the war between Ukraine and Russia began, sanctions initially reduced the  output of Russian by about 1 million barrels per day but Russian output has recently risen almost back to where it started.  Saudi Arabia has picked up the pace of production slightly.  The same is true in the U.S. 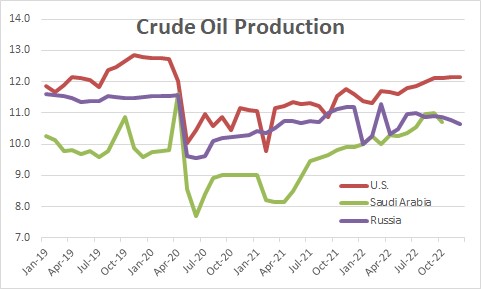 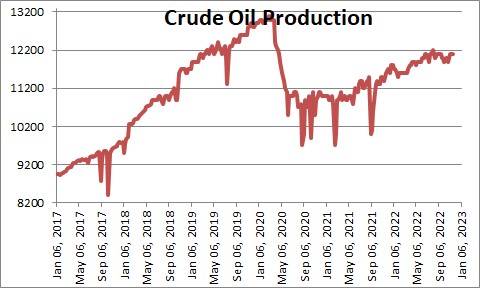 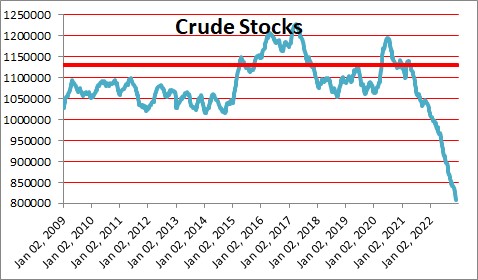