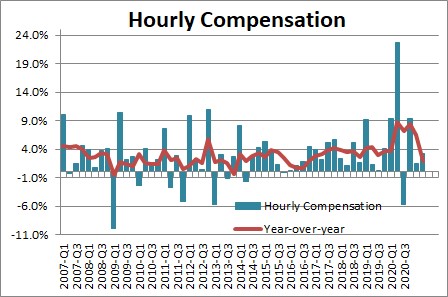 The Bureau of Labor Statistics  indicated that hourly compensation rose 3.4% in the second quarter after climbing  1.4% in the first quarter.  In the six quarters since the expansion ended in the fourth quarter of 2019  — which includes both the recession and the subsequent rebound — compensation has risen at a solid 6.5% pace. 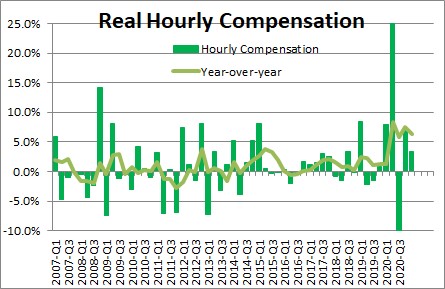