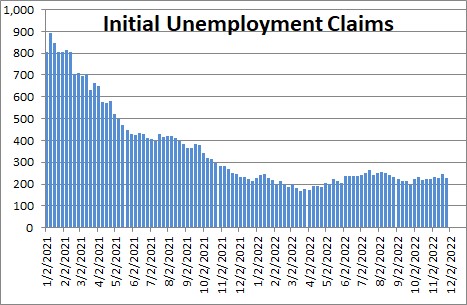 Initial unemployment claims fell 16 thousand in the week ending November 26 to 225 thousand after having risen 18 thousand in the previous week.  Thus far, in the face of rising interest rates and the fear of a recession, employers are reluctant to lay off workers.  They have been short-staffed for so long and find adding to staff so challenging that they seem unwilling to lay off people.

The number of people receiving unemployment benefits rose 57 thousand in the week ending November 19 to 1,608 thousand after rising  thousand in the previous week.  Many of those workers who do lose their jobs appear to be getting snapped up by other employers and, as a result, the labor market is not weakening much.  Jobs are just being shifted from one sector to another.  However, the increases in the past couple of weeks may represent the beginning of the long-awaited slowdown in the labor market. 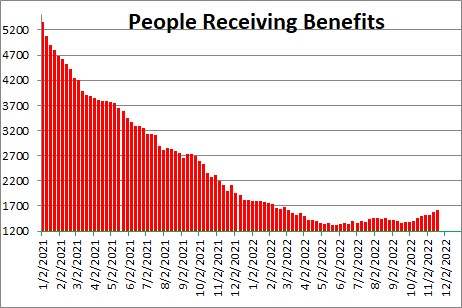 Despite a big increase in the number of people receiving unemployment benefits  the insured unemployment rate was unchanged in the most recent week at 1,1% after having risen 0.1% in the previous week  Before the shutdown started it was steady at 1.2% so it is still below its pre-pandemic level.   At 1.1% it remains close to the lowest level on record for this series that has been around since 1971.  When the labor market begins to shift gears, this rate will start to rise.  That is going to happen in the weeks and months ahead,  The uptick last week could be the beginning of that upward trend. 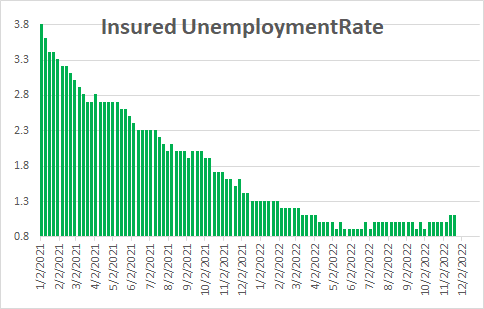 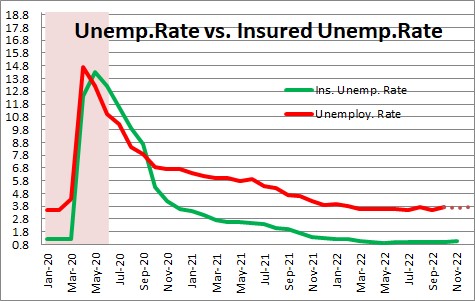 Inflation is on the rise and  we expect the Fed  to lift the funds rate to 4.4% by yearend and to the 6.0% mark by the middle of next year.  That means that short-term real interest rates will be negative until the spring and then rise to 1.1% or so by the middle of 2023.  Negative real rates are unlikely to slow the U.S. economy appreciably, but a 1.1% positive real rate by the middle of next year might finally produce slower growth.  As a result,  we expect GDP to rise 2.0% in the fourth quarter of this year.  We also expect to see GDP growth of about 1.0% in 2022 even if the Fed lifts the funds rate to 6.0%.  However, we do anticipate the economy slipping into recession in the first two quarters of 2024.