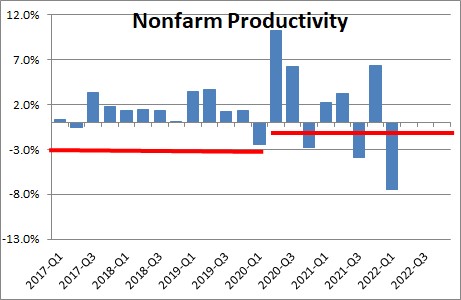 It appears that in the first quarter firms were able to find at least some of the workers they needed, but supply shortages prevented them from producing as many goods as they would have liked.

We have long believed that technology will boost productivity growth in the longer haul.  Firms need to invest in technology because of an inability to get the number of bodies that they require.