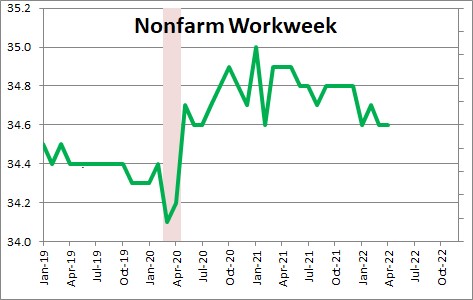 In any given month employers can boost output by either additional hiring workers or by lengthening the number of  hours that their employees work.  Payroll employment climbed by 428 thousand in April.  In addition to hiring people, businesses can also alter the hours of existing employees.  The nonfarm workweek was unchanged in April at 34.6 hours after having fallen by 0.1 hour in March.

The changes in  employment and hours worked are reflected in the aggregate hours index which is on track to increase 4.1% in the second quarter which could produce an increase in GDP of roughly comparable magnitude.  We currently expect a GDP increase of 2.0% in that quarter. 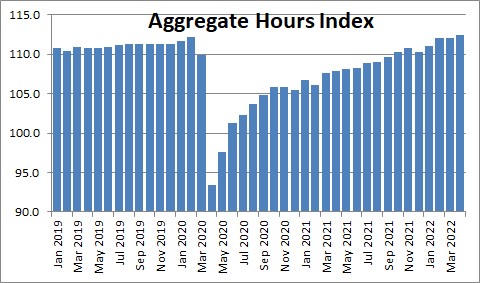 The factory workweek  declined 0.2 hour in April to 40.5 hours after having been unchanged in March at 40.7 hours.  The manufacturing sector continues to recover from the March/April 2020 recession.  The manufacturing sector is seriously trying to bolster output to satisfy as much of the extremely strong demand as it can.  But at the same time factory production is being hampered by an inability to find an adequate number of skilled workers, lengthy delays in receiving required materials, dramatic increases in commodity prices which makes it difficult to produce an affordable product. 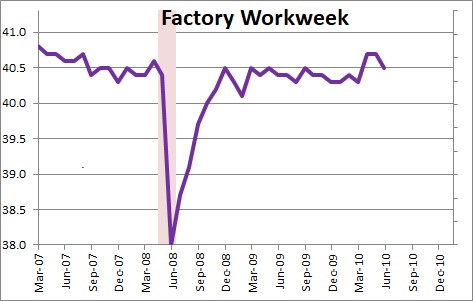 Overtime hours were unchanged in April at 3.4 hours after having fallen 0.1 hour in March.  The manufacturing sector needs to put the pedal to the metal in an effort to boost output. 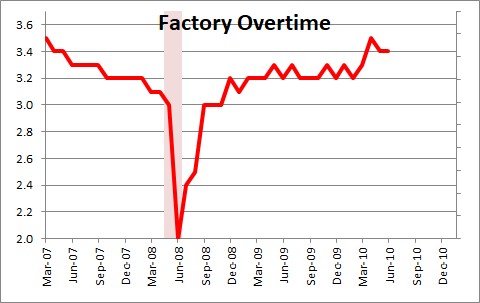