Technology Has Changed Everything!

GDP continues to expand at a more rapid rate than most economists expected. Inflation remains at a surprisingly subdued rate.  The Fed plans to hold rates steady for the foreseeable future.  The stock market has reached a series of record high levels.  Corporate earnings continue to climb.  Crude oil output has surged and the U.S. is now the world’s largest oil producer.  That is as positive an economic environment as one could hope to imagine.  But yet, economists continue to worry that something is wrong and that dark clouds are looming.  Sorry.  We do not buy it.  Technology has changed everything.  And with 5G coming this positive economic backdrop could become even better.

At this time last year economists were worried about a recession.  The stock market plunged in the fourth quarter of 2018.  We were In the midst of a prolonged government shutdown.  Economists feared first quarter growth last year might be negative.  Instead, growth for that quarter turned out to be 3.1% and has remained slightly above the 2.0% mark every quarter since. Not even close to the dark days many economists had anticipated. 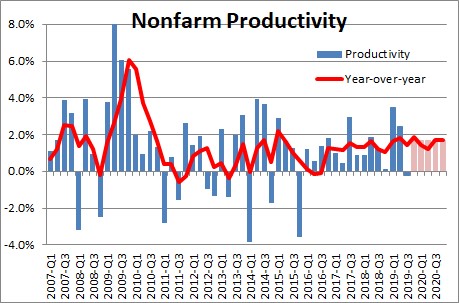 How is technology helping to boost productivity?  The combination of almost infinite computer speeds, the cloud, and apps are allowing firms to take advantage of “big data” to better understand their customers, make better business decisions, and improve their strategic decision-making.  3-D printing allows them to manufacture factory equipment with greater precision at lower cost.  By both increasing the top line and reducing costs, firms are experiencing wider profit margins.  As GDP growth forecasts revise upwards and the outlook for earnings continues to improve, it is no wonder that the stock market steadily marches upward.  And because 5G will further stimulate productivity we think potential growth could reach 2.8% within a couple of years. 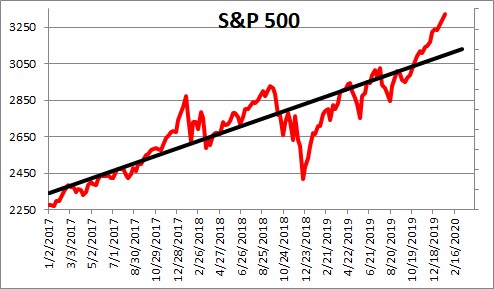 The core CPI inflation rate last year came in at 2.3%.  It has consistently been in a range from 1.6% to 2.3% for the past nine years (since 2011).  The Fed’s targeted inflation rate, the core personal consumption expenditures deflator, at 1.6%, has remained stubbornly below the Fed’s 2.0% inflation rate.  A tight labor market ought to be boosting wages and pushing the inflation rate higher.  That has not happened.  Why?  Technology. 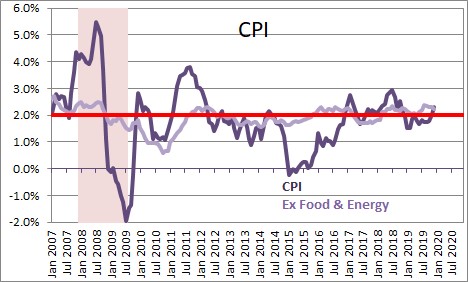 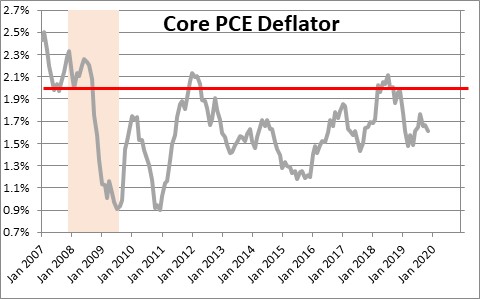 In today’s world when consumers purchase anything, they shop first on the internet, Amazon in particular.  They can find the lowest available price for that item not only in their community but anywhere in the world.  As a result, manufacturers of goods have little or no pricing power. If they raise prices, they lose sales.

As evidence of this, split the CPI into two pieces — the prices of goods and the prices of services.  The prices for goods – which are widely available on the internet — have been unchanged or declining for years.  But prices of services have been rising by about 3.0% throughout that same time period.  What this means is that two-thirds of the economy (services) has a 3.0% rate of inflation, but the remaining one-third of the economy (goods) has a 0.0% inflation rate.  Put the two together and it is no surprise that the overall inflation rate is about 2.0%.  Put another way, technology is causing the inflation rate to rise at a 2.0% pace rather than 3.0%.  That, in turn, takes pressure off the Fed.  It does not have to raise rates to bring the inflation rate back into line with its 2.0% target. 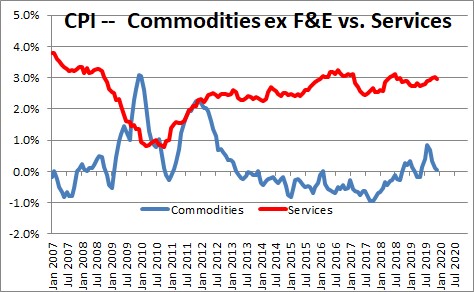 Fracking and horizontal drilling have sharply boosted oil production in the past decade.  A decade ago the U.S. produced about 5.0 million barrels per day of crude oil.  Today it has surged to 12.8 billion bpd, and the Energy Department expects it to climb further to 13.3 million bpd by the end of this year. 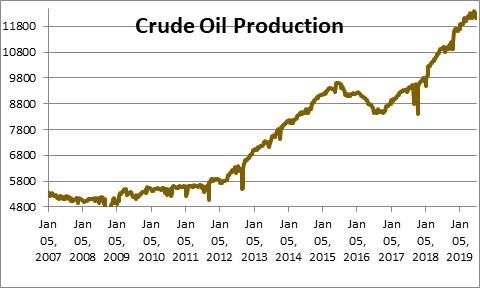 In the process the U.S. has become the world’s largest producer of crude oil, surpassing both Russia and Saudi Arabia.  This means that OPEC countries are no longer able to hold the world hostage by restricting the supply of oil and boosting prices to $100 per barrel.  If they should attempt to do so, U.S. producers would quickly boost production and bring prices back down.   OPEC’s influence has been greatly reduced.  Once again, technology in action. 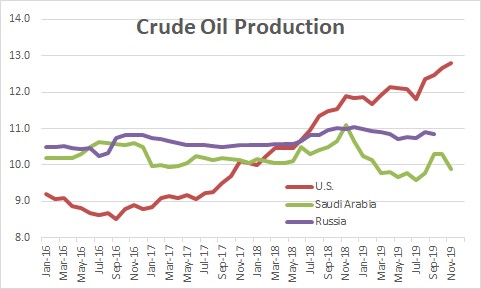 Described above are some obvious ways that technology has changed the economic landscape.  The economy can grow more quickly.  Inflation can remain in check for a protracted period of time.  That will keep interest rates low for the foreseeable future.  Productivity gains will boost corporate earnings and keep the stock market humming.  And technology has reduced the importance of OPEC on the global stage.  And technological developments are not going to stop here. 5G is coming.  The exciting and challenging part of all this is that nobody knows what’s next.  None of the changes described above would have been imaginable a decade ago.  What might the next ten years bring?  We do not know, but we are certain that the world will be a better place as the result of technology.

As we see it, economists generally remain pessimistic because they are unable to understand that the world operates differently today than it used to.  Their models have not yet caught up with this fundamental shift.   The sooner they embrace the new technology and recognize that the world has changed in the past decade, the sooner their forecasts will improve.