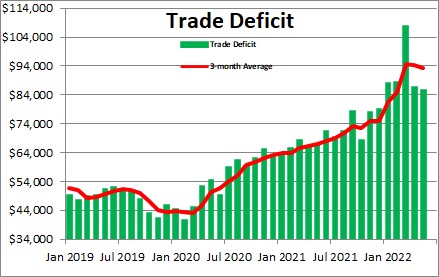 The trade deficit narrowed by $1.1 billion in May to $85.5 billion after narrowing by $21.0 billion in March after widening by $19.5 billion in March. While volatile on a monthly basis the deficit has widened  dramatically since April of last year because imports have risen more sharply than exports. That suggests that the U.S. economy has recovered quickly from the recession, and continues to grow far more quickly than the rest of the world. 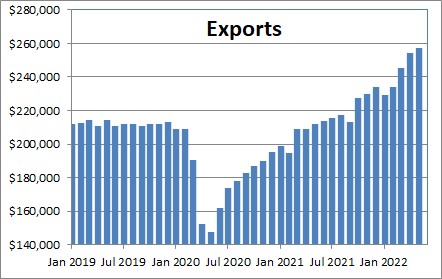 Imports climbed by $1.9 billion or 0.6% in May after falling 3.5% in April.  In the past year imports have risen an impressive 23.3%.  While most of the gain in imports reflects a strong underlying U.S. economy, it also incorporates an inability by both firms and consumers to get the goods they need.  When domestic products are unavailable they turn to imports to get what they need. 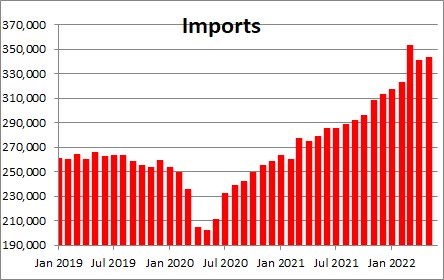 The best gauge of global trade flows is the change in the total of both exports and imports.  It has been rising steadily for the past year and It is now far higher than it was prior to the recession in February 2020. 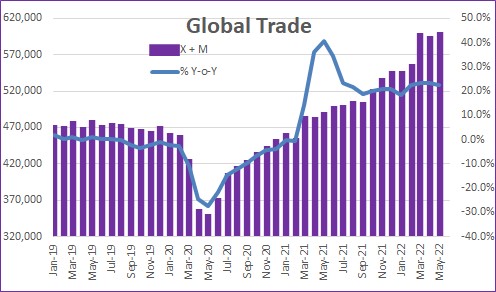 The trade deficit in real terms was essentially unchanged in Mary after having narrowed by $19.1 billion in April.  The deficit in real terms is important because that is what goes into the GDP calculation.  As that deficit widens, it means that the trade component will add a significant amount to GDP growth in the second quarter/  The widening trade gap subtracted 3.2% from GDP growth in the first quarter. 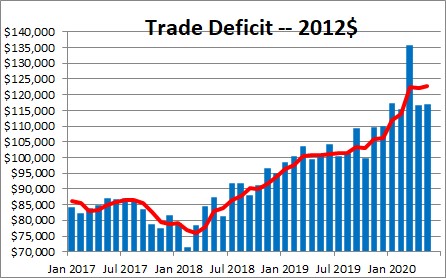