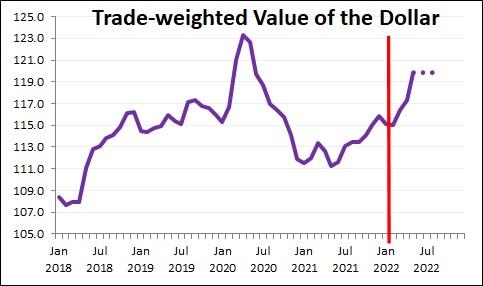 The trade-weighted value of the dollar, which represents the value of the dollar against the currencies of a broad group of U.S. trading partners has risen 7.7% from where it was at this time last year and it is expected to continue to rise in value throughout 2022.  Much of that increase has occurred in the past three months once the Fed began to raise short-term interest rates.

When you try to figure out the impact of currency movements on our trade, you have to weigh the movements depending upon the volume of trade we do with that country.  For example, our largest trading partners are:

With respect to the Chinese yuan the dollar has risen 4.1% over the past year.  A year ago one dollar would buy 6.4 yuan.  Today it buys 6.7 yuan. 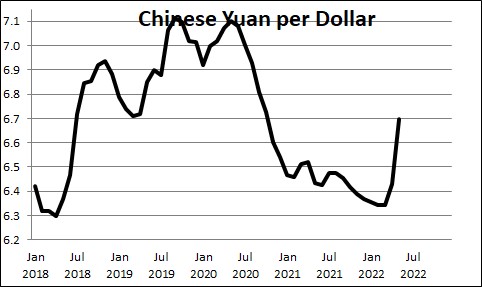 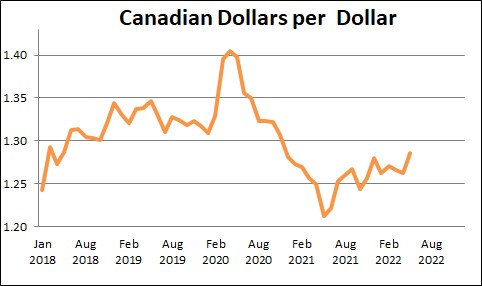 And against the Mexican peso the dollar has risen by 0.5% during the past year.  A year ago one dollar would buy 20.0Mexican pesos.  Today it will buy 20.1 pesos. 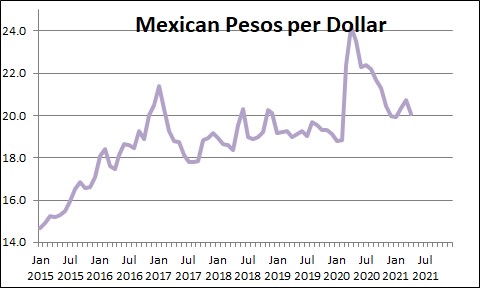 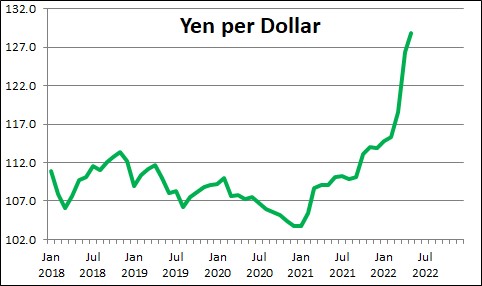 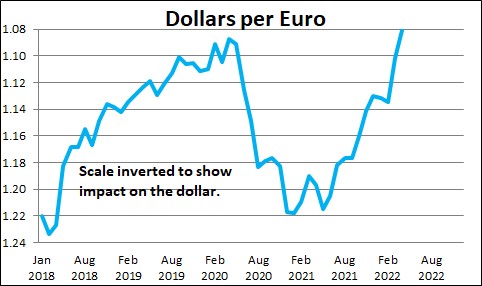 The dollar’s recent strength is partially attributable to the fact that GDP growth in the U.S. is growing much more rapidly than almost any country in the world.   That makes it an attractive place to invest.  At the same time with considerable economic and political uncertainty regarding the degree to which the war between Ukraine and Russia might spread elsewhere, the U.S. dollar becomes a safe haven currency.  Finally, the Fed is expected to increase interest rates sharply between now and the end of the year which means U.S. interest rates are much more appealing to foreign investors than other low rate countries.  But because the trade sector is only 10% of the U.S. economy the dollar’s strength is unlikely to significantly slow the pace of economic expansion between now and yearend.