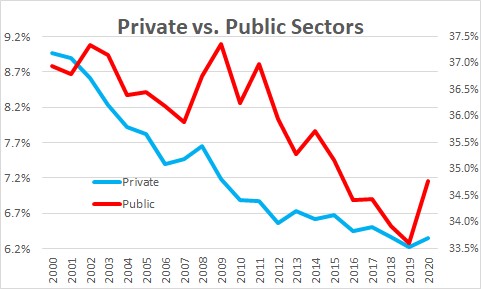 Among occupational groups the highest unionization rates were in protective service organizations which includes police officers and firefighters at 36.6% followed closely by workers in education, training, and library occupations at 35.9% . 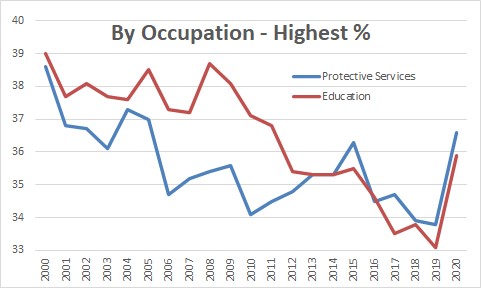 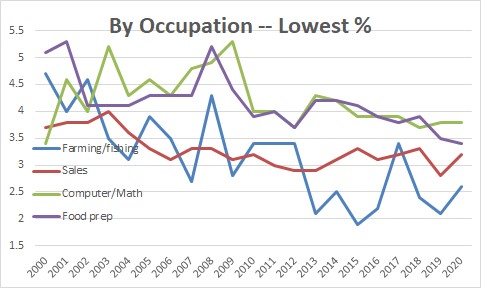 Note that union membership rose in virtually every occupation in 2020.  That was because the pandemic-triggered recession caused a big drop in largely non-union private sector jobs, while union member jobs in the public sector were hit far less hard.  Thus, the  recession caused the percentage of union jobs to increase in almost every occupation in 2020.